“Feliz Navidad” is a song written by the Puerto-Rican singer José Feliciano in 1970.

In an interview, Feliciano revealed that he added English lyrics into the song to boost its airplay time on English radio stations.

This composition is copyrighted | Licensing by Singing Bell is not available

Listen to our amazing NEW “Singing Christmas with Our Kids Vol. 1” album and buy for only 9.99$/€ 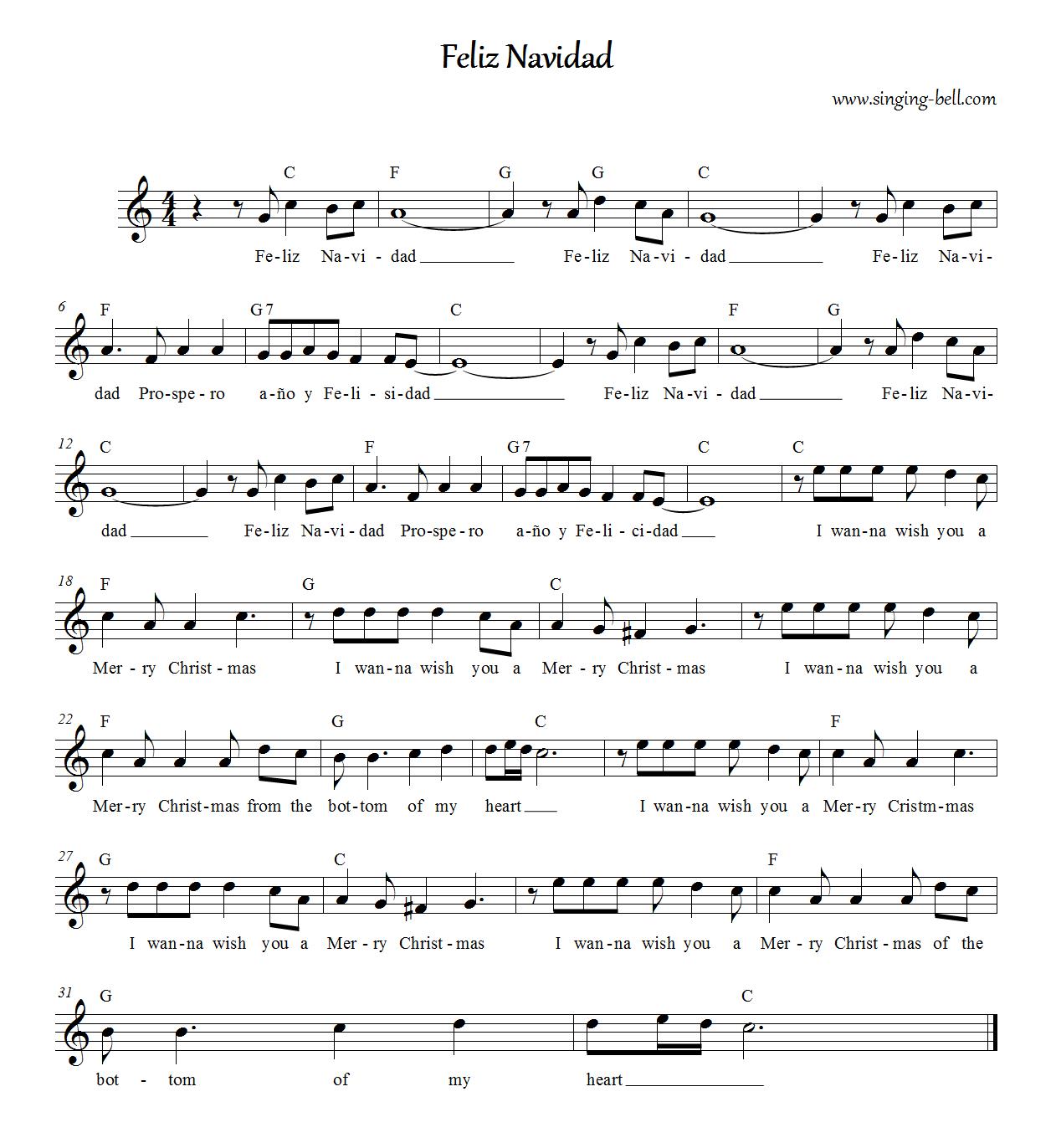 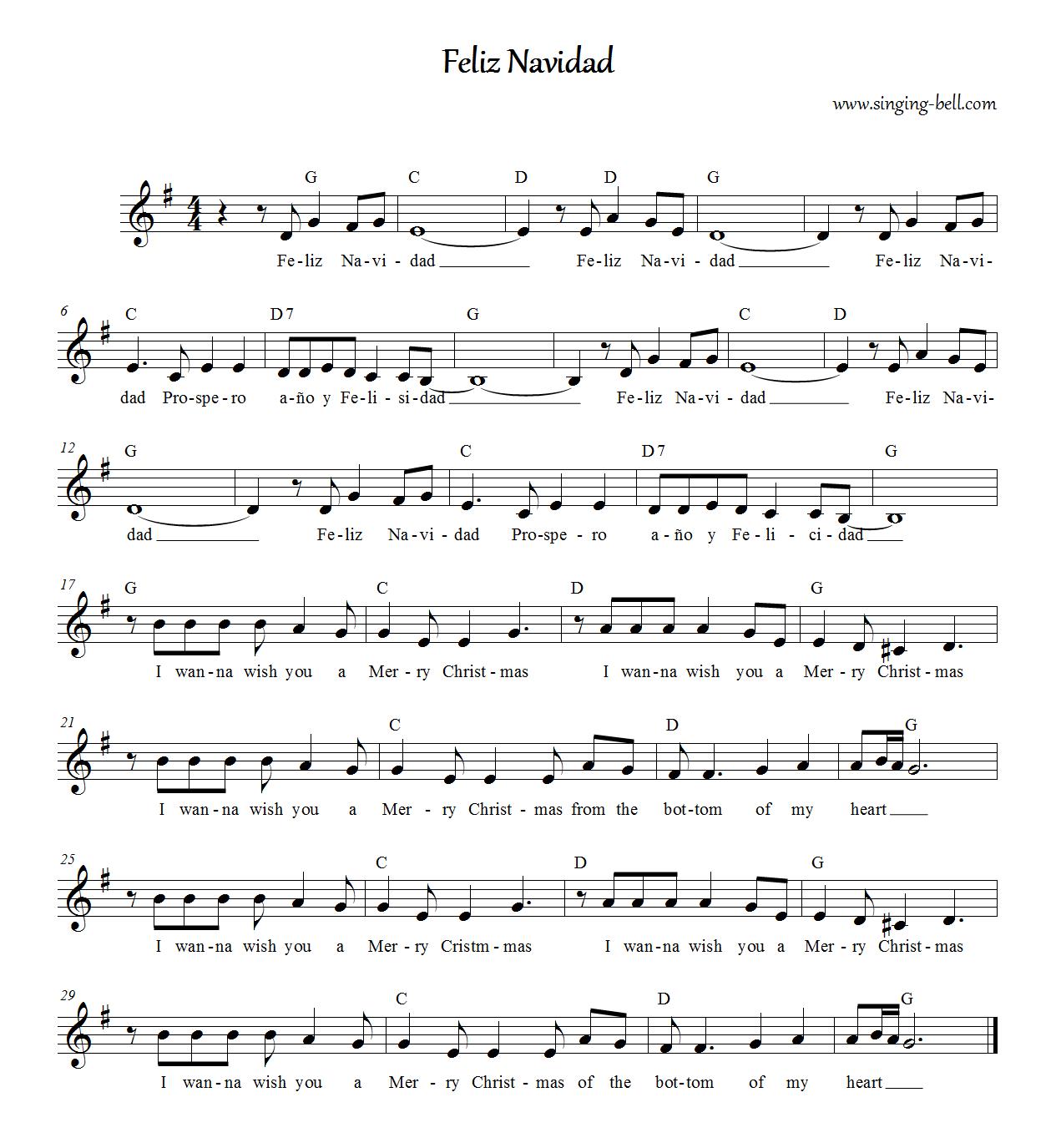 This track is also featured in our Spanish Christmas Karaoke Album, OUT NOW!

Despite over half of its lyrics being in Spanish, the song “Feliz Navidad” is one of the most-popular Christmas carols in American music history. It was written by the renowned Puerto Rican singer-songwriter José Feliciano and first released in 1970 by the songwriter himself. Speaking to Billboard magazine, Feliciano revealed that he decided to add English lyrics into the song because he knew “the English stations might not play it” if the lyrics were all in Spanish. Feliciano’s original version of the tune went on to chart on multiple occasions on the U.S. Billboard Hot 100. The song was also a chart success in a number of other countries around the globe, including Sweden, New Zealand and the Netherlands.

In addition to being one of the most popular Christmas carols of all time, “Feliz Navidad” is also one of the most downloaded Christmas carols in the United States. And as with other Christmas hits, “Feliz Navidad” has over the years been covered by a number of popular musical acts. Some of the famous artists who have covered this tune include the likes of Celine Dion, Luciano Pavarotti, Laura Pausini and Michael Buble. On December 8, 2017, an ensemble version of this track was released to raise money for victims of Hurricane Irma. Rockin’ around the Christmas Tree

Santa Claus is Coming to Town